I am white settler woman of Irish, Scottish and French ancestry. I immigrated to Canada from the United States when I was seven years old. I love this country and I am so grateful to live here. Today is our national holiday, Canada Day. And although I am deeply proud to be Canadian, and I believe in celebrating many of the things that we stand for (e.g. universal health care), I am ashamed of the colonial underpinnings of our society. Canada’s history is full of racism, violence, genocide, and oppression against Indigenous peoples. This it not a thing of the past. It continues to this day.

In June 2015, the Truth and Reconciliation Commission (TRC) released its findings along with 94 Calls to Action regarding reconciliation between Canadians and Indigenous peoples. The Commission was officially established on June 1, 2008 with the purpose of documenting the history and lasting impacts of the Canadian residential school system on Indigenous students and their families. It provided residential school survivors an opportunity to share their experiences during public and private meetings held across the country.

The stated purpose of the TRC was to reveal to Canadians the complex truth about the history and the ongoing legacy of abuse in the church-run residential schools and to guide a process of truth and healing, leading toward reconciliation within Indigenous families, and between Indigenous peoples and non-Indigenous communities, churches, governments, and Canadians.

In the report, survivors note how Canada’s broader colonial history, not just the legacy of the residential schools, has affected, and still affects Indigenous communities — including the establishment of the Indian Act, the over-representation of Indigenous children in foster care and adults in Canadian prisons, inferior education and health care, lack of access to clean water and infrastructure in Indigenous communities, and the growing number of murdered and missing Indigenous women and girls.

On this Canada Day, I am reflecting upon this sobering reality, committing to continue educating myself and my daughter, and resolving to do whatever I can to support meaningful reconciliation. As a citizen of this country, it is my responsibility to demand that we foster an equitable and just society for everyone: one that we can all call home.

Here are some resources that I have found to be very helpful:

The Indian Act, after over 140 years, continues to shape, control, and constrain the lives and opportunities of Indigenous Peoples, and is at the root of many stereotypes that persist. Bob Joseph’s book, 21 Things You May Not Know About the Indian Act, comes at a key time in the reconciliation process, when awareness from both Indigenous and non-Indigenous communities is at a crescendo. Joseph explains how Indigenous Peoples can step out from under the Indian Act and return to self-government, self-determination, and self-reliance—and why doing so would result in a better country for every Canadian. He dissects the complex issues around truth and reconciliation, and clearly demonstrates why learning about the Indian Act’s cruel, enduring legacy is essential for the country to move toward true reconciliation.

Speaking Our Truth: A Journey of Reconciliation by Monique Gray Smith

A nonfiction book for middle readers that examines how we can foster reconciliation in an accessible way. In Speaking Our Truth, we are embarking on a journey of reconciliation. This isn’t a read-and-do-nothing kind of book. It is an active exploration of Canada’s collective history. It’s about how we grow as individuals, families, communities and as a country.

From 2000 to 2011, seven Indigenous high school students died in Thunder Bay, Ontario. The seven were hundreds of miles away from their families, forced to leave home to attend school in an unwelcoming city. Five were found dead in the rivers surrounding Lake Superior, below a sacred Indigenous site. Using a sweeping narrative focusing on the lives of the students, award-winning investigative journalist Tanya Talaga delves into the history of this small northern city that has come to manifest Canada’s long struggle with human rights violations against Indigenous communities.

The Inconvenient Indian by Thomas King

Neither a traditional nor all-encompassing history of First Nations people in North America, The Inconvenient Indian is a personal meditation on what it means to be “Indian.” Thomas King explores the relationship between “Natives” and “non-Natives” since the fifteenth century and examines the way that popular culture has shaped our notion of Indigenous identity, while also reflecting on his own complicated relationship with activism 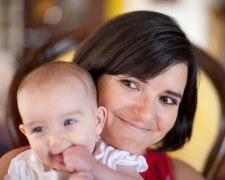 My name is Lora. I love to read, write and make beautiful things. I curate this space to share learning and to celebrate the things that give me joy. I aim to be an agent of positive change in this world; and I hope to make some meaningful connections with you.